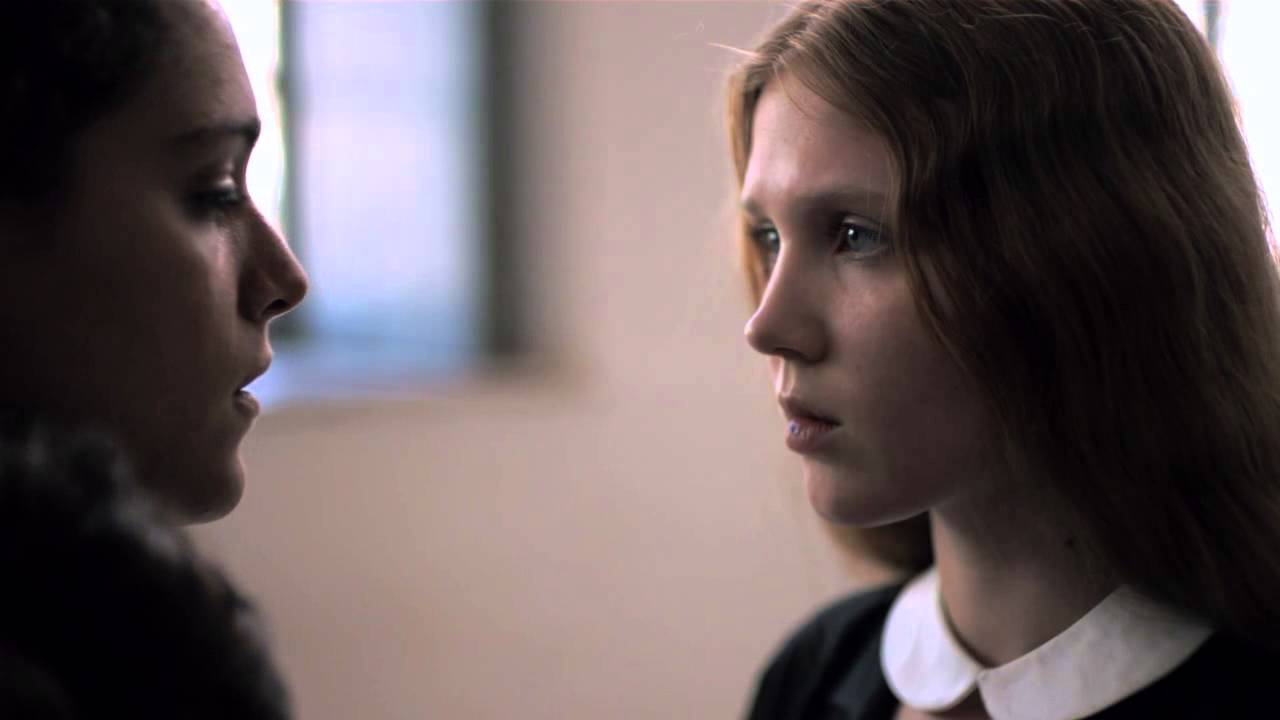 The 18th century island mansion in The Capsule is as much a character as are the women vying for position of Queen Bee in this stylish short.  In womb-like chambers the furniture literally gives birth to fully formed women; other rooms serve as arenas for instruction and battle; and a tomb-like room with its low, claustrophobically curved ceiling acts as a death chamber.  In gorgeously shot scenes, the beautiful women, adorned in haute couture fashions, are empty vessels evoking the icy remoteness of runway models.  The queen emotionlessly instructs the girls and deals out severe punishments for wrong answers.  The life or death competition is emphasized in animations of the girls’ heads transplanted onto cat bodies and hissing hydras.  The contest results inevitably in a lone survivor and the cycle begins anew.

The Capsule was primarily commissioned to showcase an annual fashion and accessory collection, giving filmmaker Tsangari and collaborating artist Aleksandra Waliszewska free reign.  Along with the unusual clothing it is the transplanted images from Waliszewska’s illustrations that provide the film with its surreal style.  Most notably is a scene where disembodied hands braid the hair of a weeping beheaded girl.  With its alien scenery and cold, detached performances watching Capsule is akin to seeing an insect’s life cycle unfold before your eyes.