Media, Art, and Culture ISSN 1918-4026 Intermedias Review is an independent publication based on reviews of art, media, and their interconnections. We…

Wonder Woman (WW) has become a social and pop culture phenomenon that storms the box office. The hero has become a symbolic artifact of the entertainment and superhero industry. Her diverse story of femininity and power draw in a new segment for the franchise that her male superhero counterparts fail to encompass. For over 80 years, the superhero franchise’s beloved Wonder woman, formally known as Diana, has symbolically represented powerful themes of equality, truth and justice.

In modern-day society, politics has cemented its footing into every aspect of life. Whether it is a class you are taking, a song you are listening to, or a film you’re watching, politics has managed to find its way in. In film specifically, it’s extremely hard to dodge any sort of political substance. As political films take many forms and genres, it is sometimes hard to decide how successful and efficient the political aspects are delivered.

There has always been a deep divide between real-world issues and the plots that films and filmmakers feel are acceptable to produce. Heavy political topics seem too taboo to be used in mainstream plotlines, however, this underrepresentation of more serious issues leaves many voices and stories silenced to the point of rendering them non-existent. To rectify this, many mainstream studios chose to blend together a popular film genre and mask a political issue underneath in order to get across a particular issue without the fear of the film being labelled as ‘too political’.

The year 2020 saw great chaos worldwide with the development of the COVID-19 pandemic. In the midst of this upheaval was the appalling state of American politics, the egregious abuses of power by the elected Republican administration on full display. Supporting this administration were routes of perpetuated misinformation, as biased news outlets and covert methods of foreign political intervention warped the reception of facts for countless US citizens. Borat Subsequent Moviefilm aims to remedy any remaining lack of clarity among US citizens and global onlookers, serving as a thoroughly informative picture within its outrageous antics.

LGBTQ+ rights and representations have long been a controversial issue continuously undergoing changes, particularly in the past five decades. Protests for LQBTQ+ liberation since the 1970s resulted in remarkable changes of attitude and depictions of LGBTQ+s in the social and cinematic spheres. These changes are somewhat reflected in The Boys in the Band (2020) by Joe Mantello, an LQBTQ+ dramedy revolving around nine gay individuals gathering to celebrate Harold’s (one of the characters) birthday.

The superhero film industry has long been dominated by male protagonists with little to no adequate female representation. The current representation of women in Marvel movies are subjected to a power structure, with males taking the lead and women falling into traditional gender roles. Black Widow is one of the most anticipated female superhero movies of the Marvel Universe and is now being analyzed under the feminist perspective in relation to politics. The representation of women in film is significant to deconstruct, evaluate and legitimize existing or past notions of feminism, femininity, and power structures.

Birds of Prey: And the Fantabulous Emancipation of One Harley Quinn (2020), directed by Cathy Yan, is an auteur political film that follows anti-hero Harley Quinn (Margot Robbie) after her break-up with the Joker and her journey with a group of women to save themselves from a crime lord, Black Mask. Birds of Prey is a departure from the stereotypical superhero film with its campy, neon-infused, glittery aesthetics and centering on a group of women as its protagonists.

As Christmas is fast approaching, families now plan for a traditional family dinner. There is a pertinent question: where does the father sit at the dining table? In a famous winter holiday film, Home Alone, the father occupies the head seat while the mother and the grandmother are away from the table preparing the drinks (Home Alone 00:09:03). Owning a dining table symbolizes power, typically reserved for the male head of the household (Griffin 1). The media has been amplifying patriarchal viewpoints, even through a representation of family companionship. Under this male gaze, female characters become passive, indecisive, and subordinate to men. Women are everywhere in films, but most of them are far from being in positions of authority.

Historically, horror has been one of the main film genres to consistently utilize women as the main focus characters. However, this genre has also proven to be problematic in its portrayal of the female gender whether it be through hyper-sexualization or the repeated use of the same character stereotypes. This has led to an overall decline in boundary-pushing depictions of women within popular horror. Ari Aster’s second full-length film Midsommar combines a lead female character and a well-crafted narrative to deliver a unique depiction of female empowerment. The plot of the film centers around Dani (Florence Pugh) as she joins her boyfriend and his friends on a trip to rural Sweden to participate in a traditional midsummer festival.

The film Midsommar directed by Ari Aster portrays women as powerful weapons, showing two sides of a coin. Many questions arise after watching the film regarding the women’s role and the way they have been portrayed. Unlike the usual trope where women are cast as insignificant side characters or irrelevant personas that even death could not accentuate, Midsommar pushed its boundaries on women in society. Aster demonstrates how women can be leaders despite the odds and by adding in a touch of culture, the film was able to showcase an ideal world. A world separate from the current male-driven civilization.

Documentary filmmaking plays a vital role in the creating and spreading of awareness and action to help combat social, political, and global issues. The recent emergence of wide-spread alarm for the earth’s rapidly changing climate has given documentary filmmakers involved with the issue, an opportunity to reach a far broader audience than ever before. Anthropocene: The Human Epoch, directed by Jennifer Baichwal, Nicholas de Pencier, and Edward Burtynsky, is the third film in a trilogy that explores the severe and detrimental impacts that humanity continues to have on the earth and its natural systems and species.

by Alexandra Dalangin and Faatimah Saleji

Sexual abuse. It is a repulsive global issue that has yet to be resolved as the number of unjust cases continues to rise, permanently affecting the lives of many in the process. It leaves physical and mental scars most prominently on women and girls which result in health complications, a loss of trust, and a sense of panic that burdens their ability to grow on a more emotional level. Filmmakers tend to shy away from creating films centered around sexual abuse as it is a highly sensitive topic that is labeled as “uncomfortable” and “distressing” to portray, especially when mainstream Hollywood box office hits are popularized amongst the moviegoing audience. 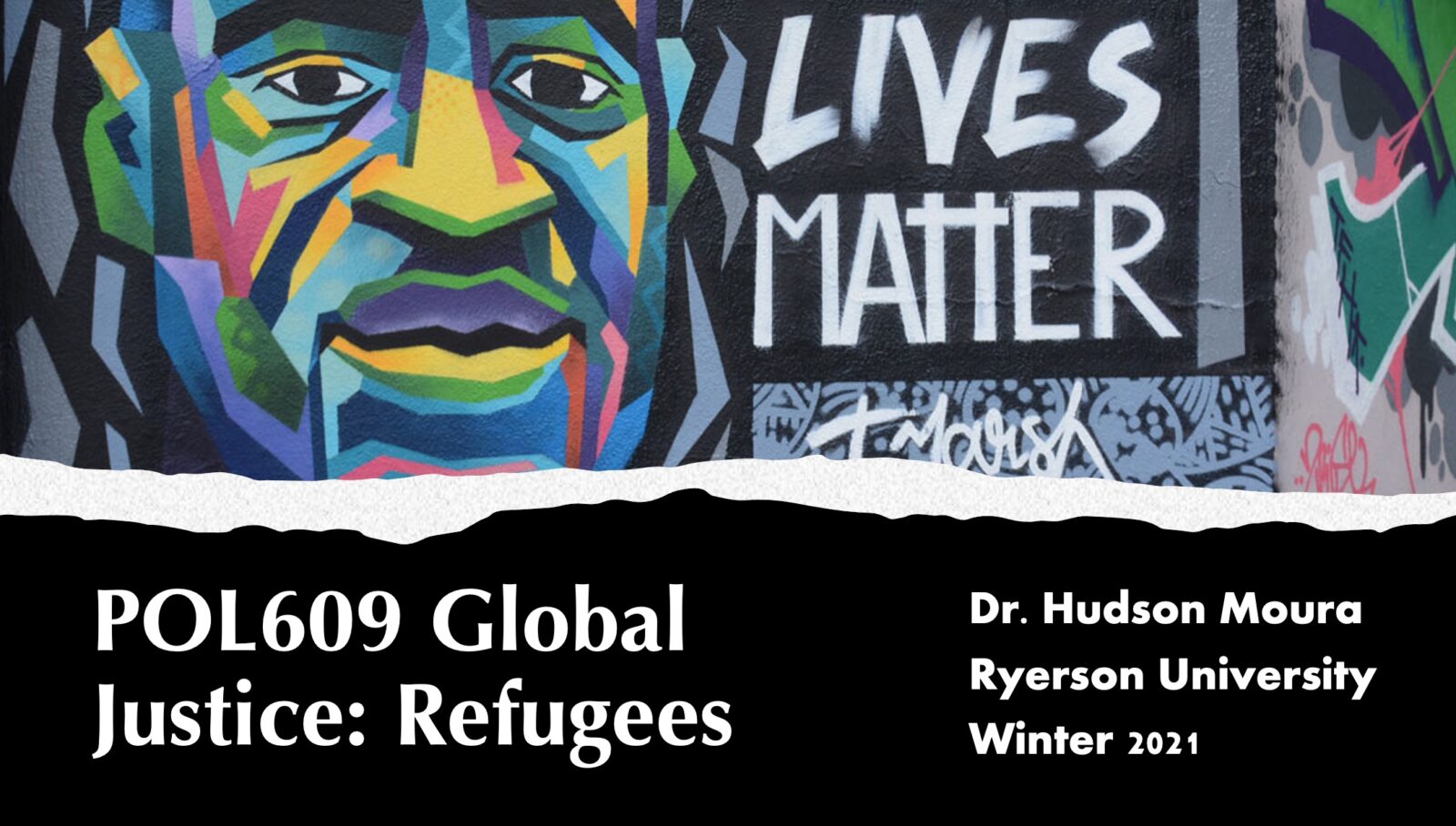 As the world becomes even more interconnected and as autonomous technologies play a more integral role in our lives, the idea of privacy and personal space is increasingly becoming an elusive dream to the average citizen. Daily tasks and daily habits can all be tracked and monitored using vast quantities of data and surveillance techniques. As governments and private firms seek to harness and develop data and use it for their own personal uses, governments and privacy advocates are all sounding the alarm about requiring more oversight over how this data is collected.

Artificial Intelligence (AI) algorithms and technologies are poised to, in the increasingly near future and present, embed themselves into many of the structures, institutions, and processes relevant to global justice, including those relevant to refugee claimants’ rights and welfare (Molnar and Gill 7-8). Several scholars have promoted the potential benefits that AI technologies may bring to asylum seekers and international human rights. AI can, for example, help civil managers choose host communities that increase the likelihood of successful refugee integration (Bansak et al. 325).

The term bombshell is defined by Oxford Languages as “a very attractive woman” identified with the idea of a sex symbol. This term is stereotypically associated with “blonde women” and “supermodels” based on features relating to the curves of the female body such as an “hourglass figure” and “large breasts” (King & King, 157). The blonde bombshell is also defined by her “ditzy qualities” of a persona that is very childlike and bawdy based (Haas, 324). Marylin Monroe and Lana Turner are two of the most popular bombshells in media history. Both are identified as bombshells because of their physical attributes and sex appeal. Although bombshells are most noted in the e

Since the Declaration of Independence of the United States of America, the American political system has been rooted in the exaggerated differences between American nationalism and others, for example, the British Monarchy. The initial integration of hate of the British Crown in American society has allowed for Americans to accept and promote their hatred towards other classes, races, and groups of people since the fundamental principles on which the United States of America was founded include revolution and separation from those who are different. As a consequence, hatred and discrimination continue to be very prevalent in American society.

3.8 million years ago the first rains created the oceans that spread themselves across a primordial Earth, establishing itself as one of the oldest most primeval attributes of our planet. It birthed life upon the planet through single-celled organisms, stood by through the rise and fall of the dinosaurs, and is witnessing the evolution of hominins into modern humans.  The Anthropocene Epoch, the most recent geological epoch, designates the beginning of which humans had started to have a significant impact on the planet, both positive or negative. Domestication, the Holocene Extinction, Nuclear Fission, Climate Change, are all major impacts that humans have had on the planet, and although impressive, are nothing compared to the planet-wide mass extinction events that nature has forced upon the planet.

In the 1970s and 80s, the question of equality norms in the workplace had surfaced. Nowadays, the film is often used as a medium to convey messages about how women continue to be subjected to male supremacy in the workplace. Prominent contemporary theorists analyze the representation of modern-day feminism in film, and how it embodies the changing societal norms in regard to women. In director Jay Roach’s Bombshell, antagonist Roger Ailes serves as a focal point and prime example of male supremacy in the workplace. The film demonstrates an egregious level of patriarchy as it follows the provocative true story of the former CEO and chairman of Fox News who was accused of sexual harassment by over twenty women.