During the harsh winter in a mountain village of old Japan, Kayu is carried off to die.  The old must die so that the village may survive; and nearing 70, Kayu stoically accepts her cold fate.  However, the village of Dendera has other plans for her.

Dendera is the name of an outlaw village sheltering these old abandoned women who refuse to die. Mei, the founder of Dendera, is 100 years old but still full of fire and fury.  Kayu soon finds the sinister reason for the place (other than pure survival) and is caught between the two opposing philosophies of warlike Mei and pacifist Masari.  Suddenly one night, a hungry and persistent bear attacks, forcing the women into a desperate battle for their survival and for the future of Dendera.

The film is gorgeously shot, contrasting the limited tones of winter against warm firelit interiors.  The film Dendera turns the action adventure genre upside down by featuring old women as heroes while throwing in some thoughtful commentary on society’s outcasts. 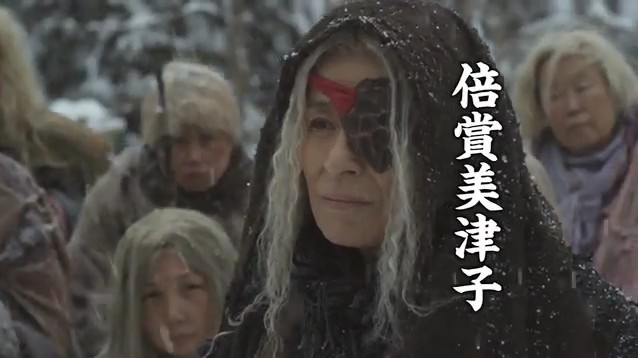