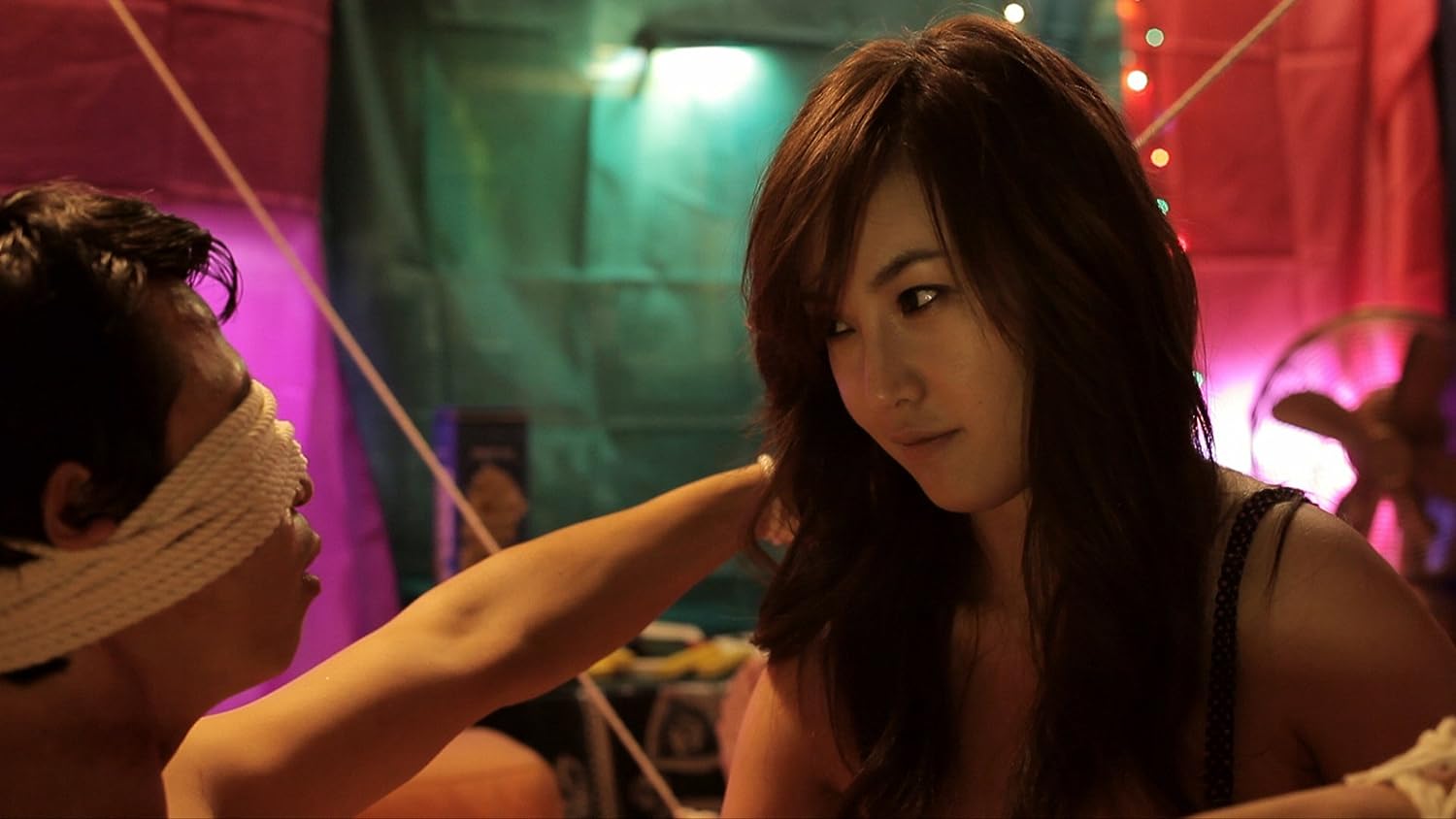 The idea of Bikini came after the director saw his actor Hong Youngguen coming out of the shower and proclaimed that he wanted Youngguen to be naked most of the time for his next film.  Much of the work for the movie was paid for by a round of drinks amongst friends that, along with acting in it, also did their own fighting stunts.

Youngguen plays Young Gun, a naive do-gooder, meek-looking in a comically fake moustache disguise but ass-kicking in action. The fate of the world is tied to his rapidly degenerating chastity in the hands (and kinky ropes) of a sexy alien. B-movie sci-fi madness in a martial arts pose.